Celebrating a Legacy of Discovery

Jonas Salk changed the world. He used basic science to develop the first safe and effective polio vaccine, saving countless lives. Inspired to create a place where the best scientific minds could explore answers to the world’s most challenging problems, he opened the Salk Institute. Salk scientists explore the very foundations of life, seeking new understandings in neuroscience, cancer, genetics, immunology, plant biology and many other areas.

This year, the Salk Institute is celebrating its 60th anniversary. Like the scientific giants that preceded them, the internationally renowned researchers at the Institute today are pursuing transformative discoveries in their field. Together with support from donors, industry and government, Salk scientists are exploring innovative ways to tackle some of the most pressing problems of our generation, including Alzheimer’s, cancer, aging, infectious disease, climate change and more.

We invite you to join us.

There are many ways to address the issue of climate change, and here at Salk we focus on making plants much more efficient at capturing and storing carbon. This is one of the strategies that will buy our planet more time as we cope with a burgeoning human population in the face of dramatic climate change.

This biologically-based solution will reverse lost soil carbon and vitality, will strengthen plant survival, and will enhance crop yields in onerous, and rapidly changing growth zones. 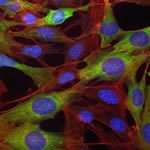 The knowledge and therapeutic approaches that emerge from these efforts will provide a powerful set of tools to treat a broad array of cancers, not just the five targets but also many others. Our vision is to make current generations the last to ever see cancer as anything more than a diagnosis. 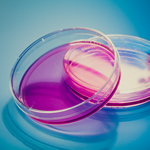 In a world full of dangers, from viruses to cancer, our immune system is our fortress. Obviously, though, this system has limits. Every year, millions of people around the planet die from infectious diseases such as HIV/AIDS, malaria, influenza and tuberculosis. Millions more die from cancers or suffer from autoimmune disorders—the result of immune system failures that allow the body to attack itself. At the Salk Institute, we carry on the legacy of our founder, Jonas Salk, who discovered the world’s first polio vaccine. Just as his discovery protected people against poliovirus, we study the immune system to boost its ability to fight off numerous other diseases. We know that one discovery can change millions of lives. 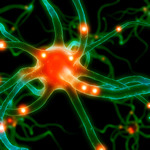 New technologies are allowing us to explore the brain as never before. We are entering an era in neuroscience where our knowledge of the brain matches the urgent need to prevent and treat disease of the brain, including Alzheimer’s, ALS, neurodegeneration, Parkinson’s, autism and more. At the Salk Institute, we illuminate how genes control neurons, how neural circuits process information and how our brains enable us to think and make decisions. By combining these approaches, we are making rapid progress in decoding the brain and finding new treatments. 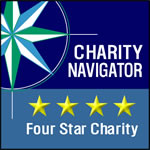 The Salk Institute has earned a four-out-of-four star rating nine consecutive times from Charity Navigator, an evaluator of nonprofits in the US, for strong financial health and continuing commitment to accountability and transparency.